It's been amost a year since I attended Industry Outlook 2015, sponsored by Prospera Credit Union ( I sponsored Refreshments).

I thought that a recap of some of the highlights from Brad Magnasson's portion of the seminar would be interesting to read. Brad is a Consultant that specializes in Oil and Gas.

Of course these bullets represent highlights of a well discussed industry, but I find it very interesting because you just have to recall recent fundamental developments in the last year and know which way the pendulum will swing according to markets.
I was shocked to hear $106/bbl for Saudi Arabia, and went and confirmed that figure with outside sources.
This is all good news for Fort St. John, eventually. 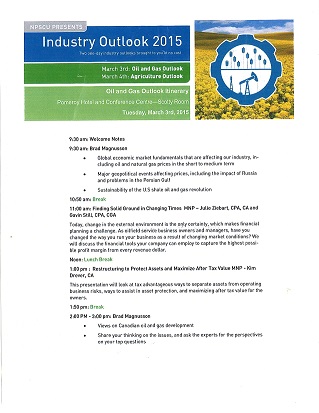